Les’s interest in survival skills began whilst completing his bronze and silver D of E awards; he later served in the British Army for 8 years as a combat radioman. It was during this time he was taught fieldcraft, survival and basic escape and evasion techniques.

In later life he added the skills of bushcraft after attending and passing with merit and distinction a number of courses run by Woodlore. This led to a Warden’s position with Essex Wildlife Trust; there he spent the next 5 years learning native flora and fauna, specialising in both edible and medicinal plants and their uses.

In 2000 he started Wildcrafts and has successfully been passing on the skills and experience that he has gained.

In response to the industry's growing need for accreditation and requirements for proof of competence, in may 2011 Les successfully completed the NCFE accredited, advanced bushcraft award. He is also a member of the Institute of Outdoor Learning..

Rob has had the bushcraft bug for over 10 years now. He has been studying under Les for years now and still only knows a fraction of what there is. He particularly enjoys fire lighting and camp craft skills. He looks after the sales and marketing for Wildcrafts when not around the campfire.

Steve brings many years of experience to the field and has his own specialities that he can offer to students.

He started at an early age in cubs then in the army cadets.

One of his specialities is in the tracking field in which he uses to observe and learn about the outdoors. He also demonstrates trapping and survival techniques. 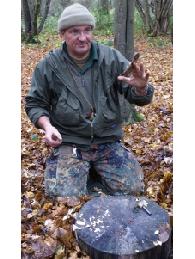 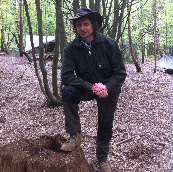 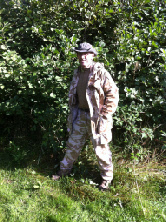 Bex first became interested in the world of bushcraft when she completed a basic weekend course with Les and Wildcrafts some years ago, since then she hasn't looked back and has spent many a contented moment in the woods creating fires, walking barefoot, building shelters, wild swimming, foraging for food and whatever bushcraft gifts nature bestows on her that can be purposefully used, including making cordage out of stinging nettles. Bex likes to bring a feminine touch to the woods, except for cooking which is a skill she still needs to be perfect!!